Dondi News - Some good news from Ontario - Lets see what the West can do!

Just an update on some things that have been happening with the Dondi Project.

We had a great event at Grace UC in Napanee on Friday evening. The minister there, the Rev. Frank Hamper, had organized an evening of musical entertainment - all the musicians offered their time and talents gratis.

Today we received a cheque for $855.00 from the AOTS at Trinity United Church in Newmarket and another cheque will follow in June! Good work George!

The event at Beach United Church was full of energy. A member of the Men's Group there, Don Gray, videoed the whole evening and is putting together a 4 minute DVD for us which we can use to promote the experience of a drum circle.

Plans for the Western tour in May continue to move forward. Joe Truss, Bazza Hayward and Christine Cullen will make that trip.

We led worship at Kingsview United Church in Oshawa and shared with them an eight minute DVD that Kate Rodd and Peter Vinet had put together showing how the money they had raised for the Canata School in Lobito, Angola had been used. They are supporting the Dondi Project with $1,000.

Please keep in your prayers the Angolan people living in Lubango in southern Angola. Many families have been forced by the government to evacuate their homes which have been plowed under by the government. See the Africa Files for more information. Gary Kenny just back from Africa has freed up $5000 to go to Lubango to support the people.

Etta Snow called me today to inform me that Dr. George Burgess, a long time missionary in Angola with the United Church of Canada, died over the weekend in Chesley.

His daughter Jean Burgess is the President of the Angola Memorial Scholarship Fund. Funeral arrangements have not been finalized.

Earth Hour Lessons in The Yukon

My wife Karen and I made sure we were prepared to take our part in Earth Hour by turning off all of the power in the house and spending an hour playing a game. We got organized by finding the candles beforehand and choosing Yahtzee as our boardgame of choice before we made our power-off strategy.

With a sick child and both of us juggling our days with overtime and extera caricular activities this past week we had passed each other in the evening like we were shift workers on opposite shifts. All we wanted to do was to sit back, relax, and watch a good movie.

After putting the girls to bed and finishing up the dishes we both went off on our own to check out email and to relax for a moment when we realized that we only had 15 minutes before we had to enact our shutdown plan. 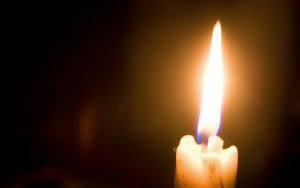 I quickly sent a tweet on Twitter and then shut the computer down. We both ran all over the house turning off lights and unplugging all of the things that take power while they were off and then we both met up in the living room. Candles burning, the Yahtzee box on the table and Karen curled up in the sleeping bag we use as a blanket on cool Yukon nights. It looked perfect!

I opened up the Yahtzee box to find that it didn’t have pencils or even the score sheets to play. My first three attempts at making my own score sheets were stopped with questions about the bonus numbers and then I had no idea how many points to give for the different combinations. I finally gave up with frustration and turned to Karen and said “we should just talk”.

There were a couple of tense moments when I was caught looking at my watch but it all balanced as we noticed that the flickering candles were in competition with the glow of the Yukon sky. We had a wonderful time.

There is something to be said for taking the time to talk and listen with the ones that we love. Taking a break from the hustle and bustle of our daily lives and stepping back and enjoying the solitude.

We have decided to try to do this at least once a week. It is nice that not only is it good for the environment but it is also good for us and our relationship. I would encourage others to take the time to shut everything off (except for yourselves) and enjoy the solitude. Just don’t look at your watch. It is only an hour and it does come quickly.
No comments:

As the country recovers from the celebrations of Canada’s success at the Winter Olympics, it is time perhaps to take stock of our national situation and where we are going.

We are doing that in AOTS as we prepare a national review of our constitution with a view to changing it to meet our current needs.

Today as I write this missive, a new report was released from Statistics Canada projecting a portrait of Canadian population diversity through to 2031.

We have known for some time that the Canadian social fabric is one that is interwoven with the strands of an increasingly intercultural population. That was a main thrust of the 2006 Census report, when 20% of the nation’s population was foreign-born.

By 2031 that figure is projected to be 26%. Nearly one half (46%) of Canadians over the age of 15 would be foreign born or have one parent who was foreign -born. If I’m around then I’ll be in that group being the offspring of and Canadian soldier and a war=bride mother.

As well 31% of the national population will belong to a visible minority group.

In 2031 within the country there will be great contrast in terms of both the foreign-born and the visible minority populations.

But while there is great contrast between cities, the foreign-born and visible minority populations of cities will grow everywhere. The population of visible minority populations will double in Brantford, Kelowna, Sudbury, London, Moncton, Oshawa, Peterborough, Saint John, Saskatoon, Sherbrooke, St. Catherines-Niagara and St John’s. For those of you wishing to access the study report please click on the following link: http://www.statcan.gc.ca/daily-quotidien/100309/dq100309a-eng.htm

For us in AOTS this represents yet another challenge. How do we relate to those newcomers and others who have no experience with the United Church? How do we welcome them, throw our church doors open from the inside and say ‘join us... bring us your gifts.... let us share our gifts together and begin a new discussion about meaning, about God.... in a country we both can love”.
No comments: